Firelands Scientific is mission-driven to provide patients in the state of Ohio With the safest and most scientifically researched natural alternatives to modern pharmaceutical drugs.

By adopting best practices from the food, beverage, and pharmaceutical industries, Firelands Scientific has built its multi-location operation into a state-of-the-art cultivation and processing facility with a greenhouse that delivers a full spectrum of natural sunlight for greater efficiency and fewer emissions compared to traditional methods.

Unfortunately, Firelands found themselves stuck, held back by outdated and improperly implemented technology. Without integration capabilities, they relied heavily on spreadsheets and manual workarounds to keep the wheels turning. Their biggest problems stemmed from finance teams relying on their current outdated and disconnected technologies while trying to get an incomplete ERP implementation to work for them. Ineffective processes began requiring all hands-on deck, but the company realized they needed even more hands.

Firelands Scientific's search for software solution services began just years before. “Unfortunately, we previously chose an ERP solution that was not a good fit for our business,” according to Chad Hall, Firelands’ CFO.

The growing company had spent significant consulting hours trying to get their prior ERP solution to work but to no avail. This heavy reliance on a consultant was going to be unsustainable and they knew they needed to rely on a solution with system based logic.

“I’ve said several times that we will get a second chance, but we won’t get a third.”Chad Hall, CFO, Firelands Scientific

In Pursuit of Command and Control

As a fast-growing mid-sized organization with serious expansion plans in a volatile industry, it was critical to gain control over cash flow. Finance teams needed to provide stakeholders, including management, board, founders, and others more accurate and timely financial reporting, not only by entity but also by customer, revenue type and other various attributes.

The extra work to produce financial results placed unsustainable stress on already lean finance teams. Inefficiencies in unintegrated systems and manual processes result in additional workload and costs for finance staff overhead and payroll.
The leadership at Firelands knew it was time to take a step back and reassess–again. If leaning on similar highly regulated but more established verticals helped the young cannabis cultivator grow this far, perhaps it was time to look at which enterprise solution helps simplify industry complexities all in one place.

What if Firelands Scientific could alleviate the costs of the various current systems and the ancillary costs to support the finance team by deploying and utilizing modern technology?

The leadership at Firelands had used enterprise solutions in the past and knew the key to selecting a new ERP and not having the same problems was rooted in:
After performing a Business Process Review (BPR) with the operations team before implementing Cannasuite, Firelands wanted to avoid implementing only the finance modules to have the ERP’s true value in operations go unrealized and unfulfilled. 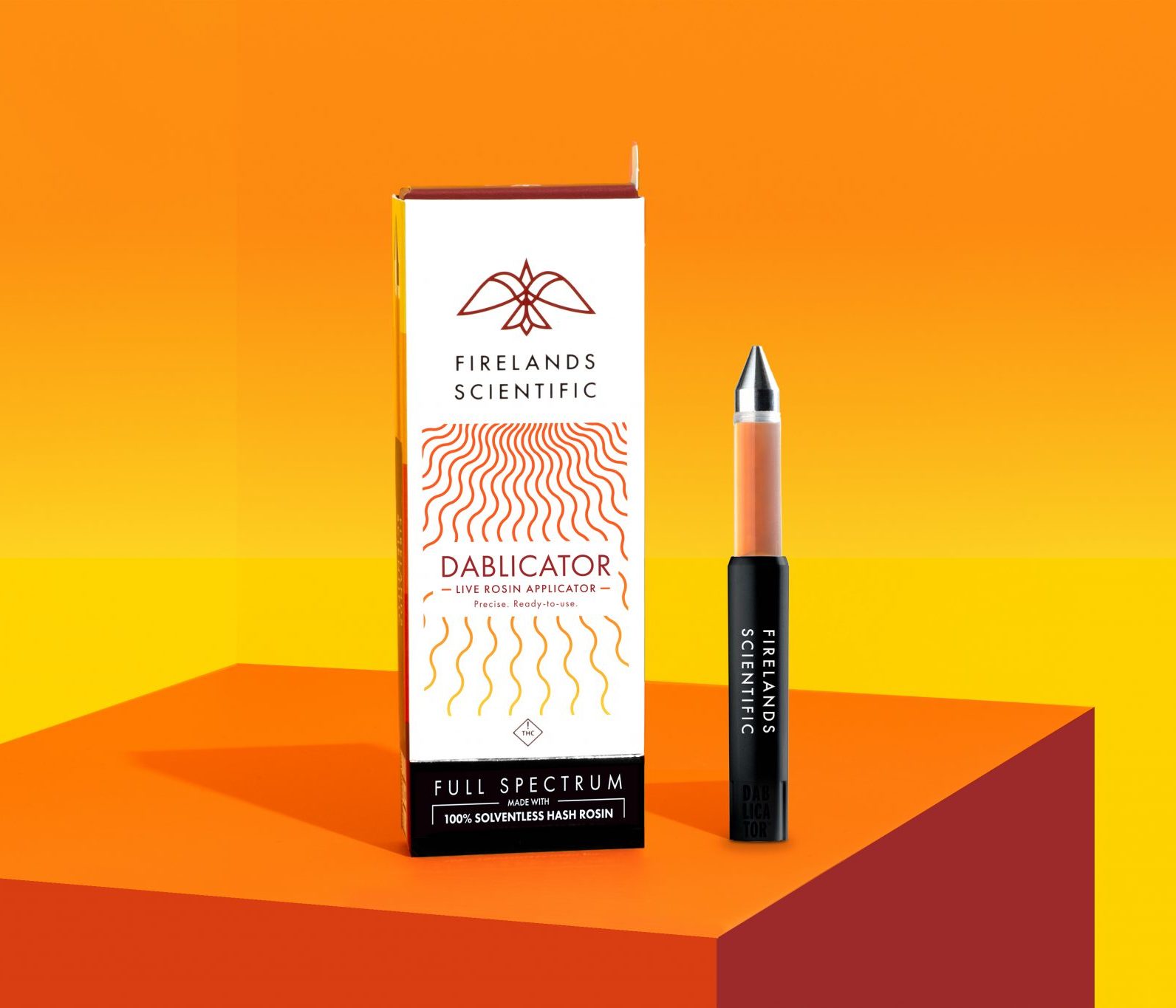 Based on previous experience with Dynamics GP, Dynamics AX and Dynamics 365, the company considered these for Firelands’ way forward. Aside from capability, the cost/benefit analysis for a middle market company weighed heavily on their minds. To control costs, tracking and reporting on multiple data points across the corporation's revenue and expense sources/metrics/KPIs would be imperative.

“As a CPA, having the AICPA stand behind Sage Intacct helped in my trust in the software as an accounting solution.”Chad Hall, CFO, Firelands Scientific

“Sage provides the ability to easily switch between companies without delay,” said Hall, something their legacy systems had never been able to do. Not only that, in past experiences, they had spent 4x the cost of implementing Dynamics AX as an on-premise solution, so looking to SaaS made much more sense. “Most ERPs are moving to a SaaS solution, which works for us as we have users across many locations. Our prior ERP was also a SaaS solution, however hosted by the vendor, which was not ideal.”

Firelands looked at other software alternatives in cannabis, but Sage Intacct solved many of the problems that continued to surface. They had also heard of other companies who had implemented Sage in cannabis including food, beverage, and pharmaceutical companies.

“As a CPA, having the AICPA stand behind Sage Intacct helped in my trust in the software as an accounting solution,” stated Hall, “But overall, the decision was based on the speed to implement a solution that would work for us and grow with us as we do.”

Ease of use and ability to customize add-on solutions to meet business needs, benefits outweighing the costs, time to implement relatively faster than other solutions, and connectivity via APIs to additional software solutions.

Firelands Scientific chose e2b and Cannasuite for its transparency and communication. “Implementing an ERP is an expensive and arduous process, however having a partner that can listen and translate issues into viable solutions is a key component of achieving mutual success,” said Hall.

“In particular, the way that Sage Intacct can use the dimensions to build our respective reports is powerful,” Hall said. “The Business Unit P&L was something I had to have customized with Dynamics AX that was out-of-the-box functionality with Sage Intacct– especially when coupled with a consultant who understands the functionality of the system.”

Firelands Scientific was also able to provide more timely financial reporting to its stakeholders, founders, board and management team. The finance team has been able to shorten their month end close from 18 days down to 10 days in their first few months running on Sage Intacct according to Tracy Neibler, Firelands’ Controller. Niebler, while leveraging additional functionalities within Sage Intacct, is working with her team to shave off even more time when closing their books. Download, view, or share the PDF of this case study.
Download the PDF
The solution recommended is based on the back office financial solutions provided by Sage Intacct and e2btek’s proprietary developed solution Cannasuite.

With Cannasuite, Firelands would finally get a fully integrated platform that offers automated feeds from the various systems, ease of use for processing, consolidations, and reconciliation – not to mention full visibility into the data for financial management.

For command and control, Firelands needed a turnkey provider that could assess their unique requirements, advise on the best solution and strategy, plan and manage full implementation, train users, manage/support the environment ongoing, and cover full development and integration of future associated apps.

Due to the anticipated constraints on their existing finance team and technical resources, Firelands Requested additional assistance during data conversion and through go live. e2b brought to the table many years of expertise, acknowledgment of excellence in their field, and award-winning experience.
Firelands is leveraging technology to make growing, cultivation, processing and distributing more efficient and economically advantageous. As a provider in a very regulated business, compliance, revenue recognition, multi entity support and reporting are some of the biggest needs. Firelands new enterprise cannabis software now handles the production and distribution sides of the business, integrated through our proprietary developed solution CannaHub to provide real-time connectivity to all systems in place and to the governmental compliance systems

Moving to a cloud solution, stronger more efficiently produced and timely financial functions with less errors. Analytics at every level that will help the organization manage their organization better than ever and an overall idealfit for now and in the future. Another Large benefit to them was finding a solution that provided compliance.Intacct combined with e2b’s extensive Cannabis knowledge and proprietary solution, CannaHub will provideFirelands the platform to manage current and planned future growth.
Firelands Scientific is glad they moved to a new solution that fits their business needs in one solution vs. two, Firelands felt good about the new relationship.“

Working with our new consultant Shabir has been helpful, he is a true consultant and has come back with meaningful solutions timely. I don’t feel like we are getting taken advantage of and there is a true dedication to have us be successful,” said CFO Chad Hall. Cannabis professionals use cannabis accounting software, seed-to-sale software, and cannabis ERP software terminology interchangeably, creating confusion among operators. It is common to see a cannabis business have a seed-to-sale system to manage cannabis tracking, a cannabis point-of-sale (POS) system for retail sales, and then an off-the-shelf solution like QuickBooks for accounting.
Learn More e2b teknologies is a Sage Intacct reseller. The best cloud option for non-supply chain businesses who’ve either outgrown Intuit QuickBooks or need a robust back-end accounting application to tie to other systems.

Cannasuite, is a Custom ERP Accounting Software Solution for the Cannabis Industry provided by e2btek allows users to extract data and track products to and from your states regulatory cannabis system.